Nancy Jewett and her team organised a great symposium full of interest for the attendees who came not only from the continental USA, but also Canada,  Hawaii,  Germany,  the UK,  New   Zealand and Japan to name a few.

Those attending the pre- and main symposium were privileged to be able to visit a selection of well­ tended private water gardens, brim full of design ideas and unusual plants. The owners were most grac ious in allowing access to so many people. The comfortable Denver hotel had a large room set aside spec ifically for our use and it made a good venue for the trade and information stands as well as acting as a useful place just to sit and exchange views. It also acted as a viewing area for the very successful silent auction.

The following pages include resumes and notes from a number of the excellent presentations that were made during the meeting and will hopefuly give a flavour of what went on, for those who could not attend.

As many of you will have since heard , Denver was hit by a severe hail storm the evening before our planned visit to Denver Botanic Gardens (DBG). The years of preparation by Joe Tomocik and his dedicated team were literally shredded. It is diffi cult to describe the feelings of those who arrived at the gardens the following day, having driven through streets where piles of hail were still melting at the roadside in the hot sun. Despite the devastation, the plants made such a good recovery over the follow ing weeks that the planned judging of lilies for the Banksian awards was still able to take place some time later.

Those who stayed on for the post-symposium were treated  to  some exceptionally good  weather and saw the Rocky Mountains in their full splendour.

As with many of our symposia , it could not have taken pl ace without the assistance of the sponsorswho play ed such an import ant part in the suppor t of our activiti es. 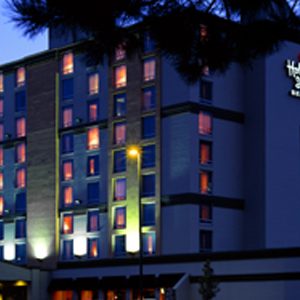 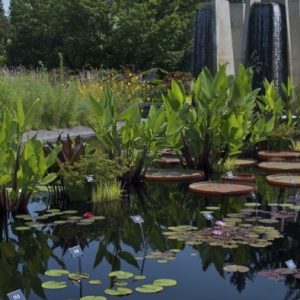 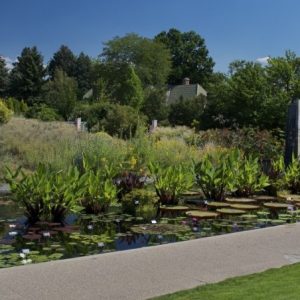 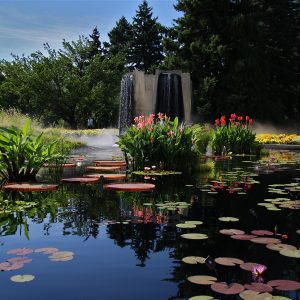