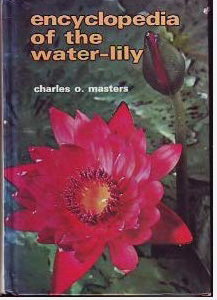 Charles Masters was born August 17, 1913. He grew up in Independence Ohio where Trickers’s was a 15 minute drive away. A born naturalist., while in high school, he would often bike out to Tricker’s to observe nature. He received his BS and Masters in Aquatic Biology from Western Reserve University in Cleveland Ohio. He met his future wife Lois on a blind date, afterwards on their first “real” date he took Lois to Trickers, where he picked a water lily for her. Lois describes her husband as a quiet, humble man (always hiding his light under a bushel) with a great sense of humor.

He was one of the great authorities on Water lilies. Only part is his interest in the greater field of Aquatic Biology. He had a great variety of occupations including working at the Niagara Falls Aquarium including writing their first guide book, raising live fish foods for the aquarium trade, testing streams for a county health department, and being a feature writer for Biological Supply Companies.

He was inducted into the Hall of Fame at the 1993 New York Symposium posthumously. We were all delighted to meet his wife Lois and son Timothy who were as delighted to receive the award in his honor. 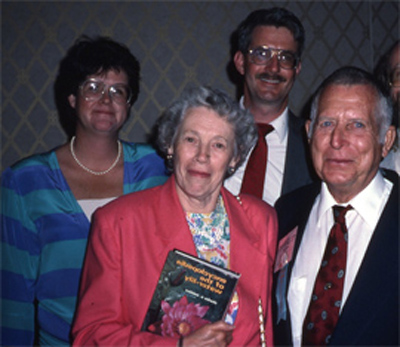