For his extensive work in the field of botany, particularly regarding  aquatic plants. He has authored 75 scientific papers on aquatic flora and made innumerable presentations on aquatic topics in the U.S. and throughout the world. His personal contributions to the IWLS for many years have shown extraordinary dedication to the aims of the society.

Dr. Edward L. Schneider was Secretary to our Society for seven years from 1989 to 1996 and was given our Hall of Fame Award in 1995. However, many of our members may be unaware that his scope of achievement reaches far beyond his involvement in aquatics. He is currently executive director of the Santa Barbara Botanic Garden and he has recently received the highest honour granted by the Botanical Society of America – their Merit Award for 1998. That Society recognized him for “outstanding contributions to the botanical sciences” specifically for his “skill as a researcher in vascular plant anatomy, as a teacher of plant sciences, and as a botanical administrator.” The Botanical Society of America encompasses all areas of plant biology, and with more than 3000 members, is one of the world’s
largest organizations devoted to the study of plants and allied organisms.

Professor Sir Ghillean Prance, director of the Royal Botanic Gardens, Kew, remarked that Dr. Schneider
”…has made a most important contribution to our knowledge of plants…He has fostered collaboration with many other botanists and botanic gardens around the world….He has brought new life to that garden (the Santa Barbara Botanic Garden),”…. “and would deserve an award purely on the way in which he has given renewed life to the garden under his leadership on both the research side and the way the public displays have greatly improved.” Dr. Peter Raven, director of the Missouri Botanical Garden, noted Dr. Schneider’s “outstanding research in the structure and evolution of plants.” A native of the state of Washington, Dr. Schneider earned two degrees from Central Washington University, and a doctorate in botany from UCSB. For 18 years he served in a number of academic offices at Southwest Texas State University, including Dean of the School of Science. In 1986, he earned  the  Presidential Award for Excellence Research.

Dr. Schneider has conducted research in biodiversity all over the world. He has attracted grants and contracts from the National Science Foundation, the US. Department of Interior and the US. Department of Education. He is also co-author with David Northington of the popular textbook, ’The Botanical  World’. His studies in botany have been published in numerous international journals including our own ’Water Garden Journal’. In 1996, he was named a Distinguished Alumnus by Central Washington University. 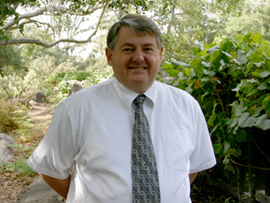 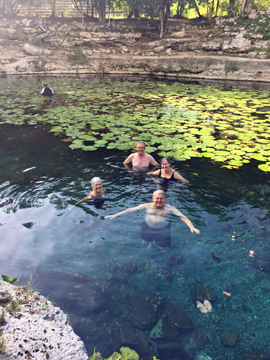 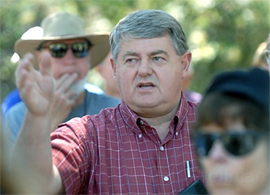