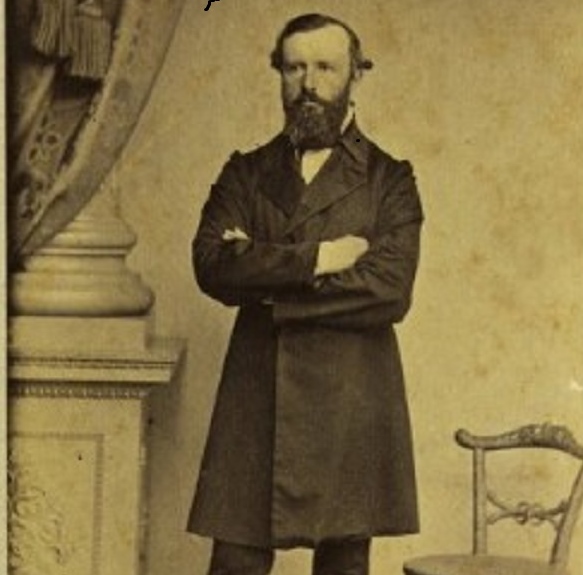 There 15 n0 dOUbt that Dr. RObert Caspary Was one of the pioneers who laid the foundation of botanical knowledge in the identification, classification and cultivation of Nymphaea.

Henry Conard and Charles 0, Masters — both Hall of Fame members who produced significant scholarly books on the genus Nymphaea – based much of their knowledge on Dr. Caspary’s exacting work_ To quote Dr. Henry Conard “Beginning in 1855, and continuing until 1888, a number of exhaustive treatises by Robert Caspary went far toward perfecting our knowledge of these plants [Nymphaea]. Indeed, had the learned doctor of Konigsberg assembled his vast knowledge into one connected whole, the present work would be needed chiefly as a translation.” [from Conard’s Preface to his 1905 book “The Waterlilies”].

Johann Xaver Robert Caspary was born in Konigsberg in 1818 and started studying botany at an early age. By 1848, he received his degree of Phil. Doc. at Bonn University, and in 1851 was appointed Professor at Berlin University. By 1855 he had become fascinated with  waterlilies, spending several weeks in North Bohemia studying the local variants. In 1856 he was given the post of Director of the Royal University Herbarium & Professor at Bonn University. From this time he began producing his many studies on waterlilies and other aquatic plants. By 1858 he was appointed the Supervisor of the Konigsberg Botanic Garden and Professor at Konigsberg.

Dr. Caspary not only studied the botanical structure of the various species of waterlily, he also grew them, and made some crosses between varieties. Having received N. a/ba var. rubra (the red waterlily of Sweden) in 1863, he crossed it with the variety N. a/ba sphaerocarpa so proving their close relationship. In 1868 Dr. Caspary spent eight weeks in Sweden studying  Nymphaea a/ba var. rubra, and his colour drawings on this lily were one of many references later used by Henry Conard in his book. N. a/ba var. rubra was introduced by Caspary to gardeners in England in 1871, and it was obtained later by William Tricker of New Jersey and Mr. Hovey of Boston, U.S.A., who were the first to bring it to bloom in North America.

Caspary also produced hybrids between Nuphar lutea and Nuphar pumi/a before 1870. He later grew and named Nymphaea capensis var. zanzibariensis after receiving seed obtained in Zanzibar. lt produced flowers of 9” in diameter in 1876. Dr. Caspary was best known as the chief authority on Nymphaeaceae in the mid 19th century, but considered his numerous writings on this subject to be merely materials for a future great work on Nymphaea. Unfortunately, while still in vigorous health his life was cut short by a fall and his great work on the genus was  never to be finished.

Due to the upheavals and turmoil in twentieth century Europe, the location of Dr. Caspary’s descendants are unknown. Many of Dr. Caspary’s works are still in existence at various universities and botanic gardens, but the compilation of these awaits some future scholarly work. His pioneering work in botanical studies is very important to the foundation of our knowledge of waterlilies and hopefully, in the future, his accomplishments will be more widely recognized.

Dr. Caspary’s Hall of Fame Certificate has been presented to the “Gesellschaft der Wassergarten—Freunde” for safekeeping, until an appropriate repository is found for this award.