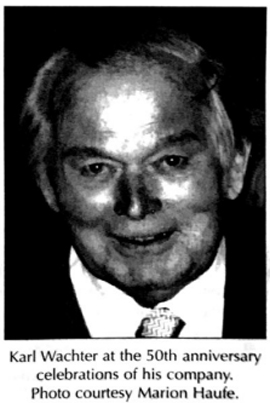 Karl Wachter was born in Berlin. After service in the war, Herr Wachter began his nursery in
Schleswig Holstein (north of Hamburg) after the war, where he met and married a local farmer’s
daughter Margrethe.

Karl has been growing water lilies for over 40 years. Over the years he built up quite a large
nursery business as some of observed first hand at the 1991 Symposium. He retired to the
Bavarian Woods. However Karl, being Karl found he could not leave water lilies for long and
before long began digging ponds. He now has a very large collection of water lilies from around
the world and now spends his summers in waders and water conducting water lily trials.

Karl Wachter has written several books, the latest book called “The Water Garden” was published
in 1993 and he has many articles on water gardening to his credit. He has been most instrumental
in organizing the German group of our society with which he maintains a never ending
correspondence. In 1991 he was a recipient of the Certificate of Appreciation for his work in
bringing the yearly symposium to Germany. Most recently, he did much work in preparation for
the German chapter’s visit to this year’s symposium. 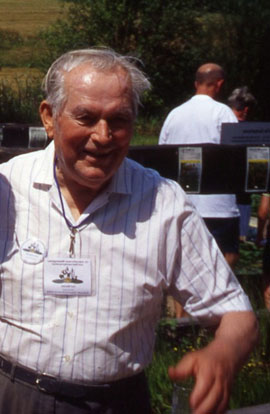