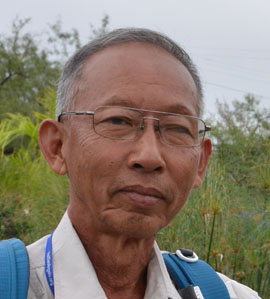 Dr. Nopchai Chansilpa’s career began with a dislike of waterlilies. As a child he was asked by an elementary school teacher about the color of waterlilies. He answered yellow and blue. The teacher responded that he was stupid, and lilies only come in pink and white. You see at that time waterlilies and lotus were considered the same species. In his country they are both referred to as Bua which still carry that name but are also recognized now by two different names to segregate them. Later in high school he had a teacher that had a picture in the classroom of a waterlily that was actually a lotus. His experience with lilies at home led to him correcting the teacher and again he was scolded that he was mistaken even though the teacher was wrong. He had learned a little about growing waterlilies because his father had one at home in a small pond. Nopchai decided to add fighting fish. The fighting fish needed more cover to protect them from being eaten by the robins so he added Water Lettuce and some Cabomba. The new plants grew so well they didn’t allow the waterlily to bloom. His dismayed father said if he was going to keep the fish the waterlily had to still bloom.
During his later education. Much of his studies focused on plant pathology, potato leaf roll virus and beet western yellows virus, but that is not where his true passion was to be found. Dr Chansilpa loves plants. Hundreds of unique plants from Thailand. China, and the rest of the world surround his home and fill his laboratories at Rajamangala University of Technology where he was a member of the faculty of Agriculture. After college, he resumed his work with waterlilies. His mother tended the waterlilies at home and they had mainly Marliac hybrids in Thailand.
He began to notice that just the tropical waterlilies set seed and it made him curious. His goal became that he be the first person to create new “hardy” waterlilies in Thailand. The challenge became his personal interest because he knew it was not possible anywhere in the world. People said it couldn’t be done.
In his thirties, he tried it for almost two years and failed. So what he did was collect all the pollen from many different plants and observed it under the microscope. He figured out that very few hardies had good pollen. Most had mis-formed pollen. When the pollen is mis-formed it cannot be used for cross pollination. The answered lied in collecting the pollen from the species of Thailand .
It is our good fortune that his heart lies in the creation of new waterlily and lotus cultivars. It is said that he is the most “all around master.” Some are great at hardy lilies, some are great at tropicals, others with Australians, intersubgenerics, or night bloomers. And there are still others that focus on lotus. But Nopchai is a true “all terrain” hybridizer. You name it, he excels at it, all types, mini, large, few petals, many petals, cut flowers. Say a color, he has one…There is even a great Nopchai plant for any climate in the world. He has numerous award-winning and notable creations.
There is nothing willy-nilly about his hybrids. Although he has created over 500 varieties, his standards are extremely high, his patience persistent. He is inquisitive. He studies how nature works and applies it. He has spent decades studying hybridization, testing crosses, and thoroughly assessing results. Only those that perform the best in all areas get named, if at all. His final hybrids have been meticulously and scientifically crafted. Professor Chasilpa is a dedicated educator, greatly respected and adored by his ever increasing cadre of educated graduates.

Dr. Chansilpa is a renowned speaker about aquatic plants, in high demand throughout Thailand, China, and the rest of the world. Ambassador Chansilpa spreads good will, aquatic botanical knowledge, and friendship around the globe, because people are drawn to his quiet, yet deep, personality and willingness to share his knowledge. He is humble and modest, always acknowledging the contributions of others ahead of his own. A credit to the kind of person he is. The kind of man that does not have words big enough to describe him.
Carlos Magdalena summarized by saying; a genius, prolific breeder, who has the curiosity of a child at the prospect of a new plant in the post or in the make yet with the experienced judging of someone who has seen them all. A combination of beauty, science, know-how, know who and constant passion makes him outstanding. Paula Biles said, “Dr Nopchai Chansilpa is a master, guru, expert, friend, and inspiration. We are eager to see what he will accomplish in the decades to come.” He is now the director of Thailands only Waterlily and Lotus Institute. As he approaches official retirement, he will have more time to dedicate to his creations in the new facility at the University. The large glasshouse and outdoor display areas are in addition to the large nursery. He is excited at the prospect and anticipates needing more room. He has a magnificent research building, exhibition rooms, research labs, as well as conference and meeting rooms. His conception and design for the whole compound. And the icing on the cake is groundbreaking micropropagation. Something that was not so long ago considered impossible. He will have plenty of time for dreaming and making miracles.
We all have much to look forward to from this hybridizing wonder. Thank you, Dr. Nopchai Chansilpa. Your work, your kindness, and your heartfelt passion have been an inspiration to me and many others. It is with deep appreciation that I induct you into the IWGS Hall of Fame. 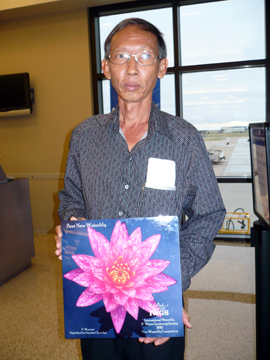 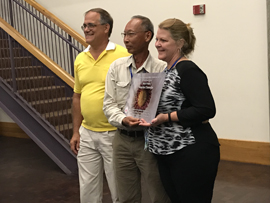 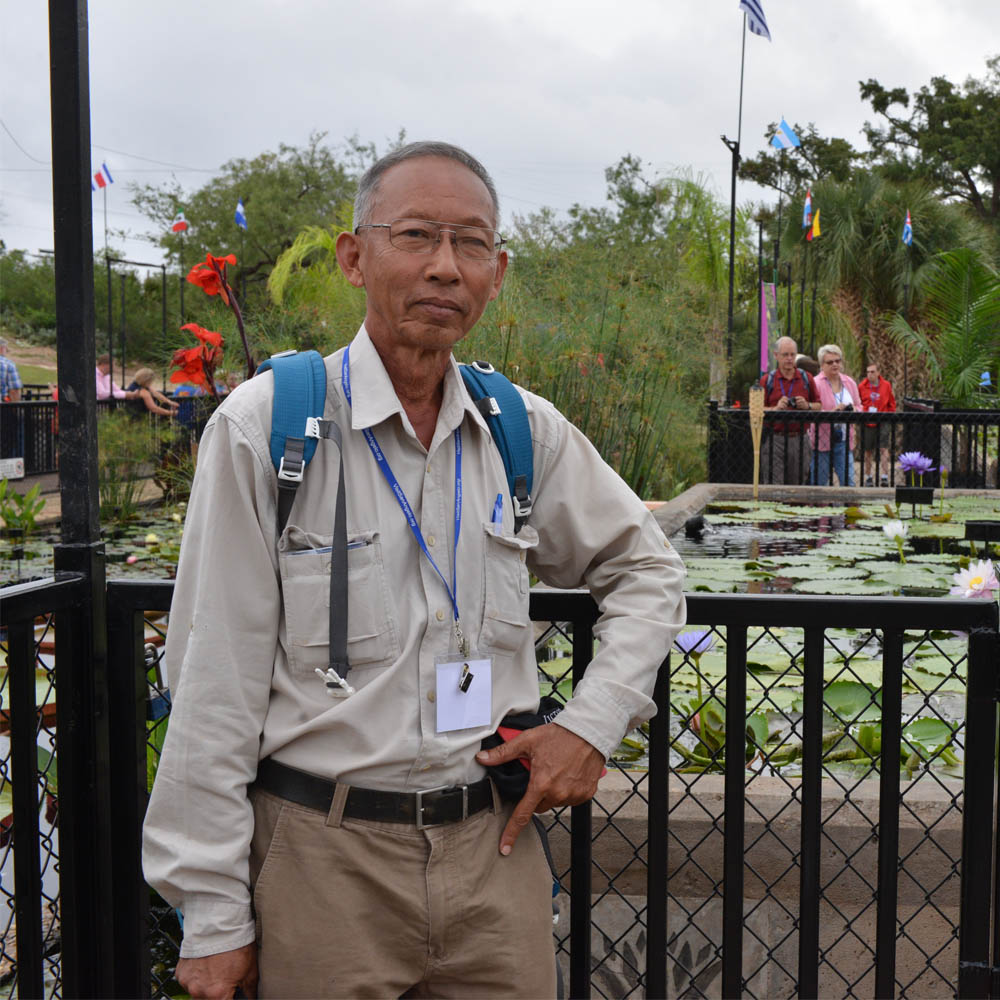 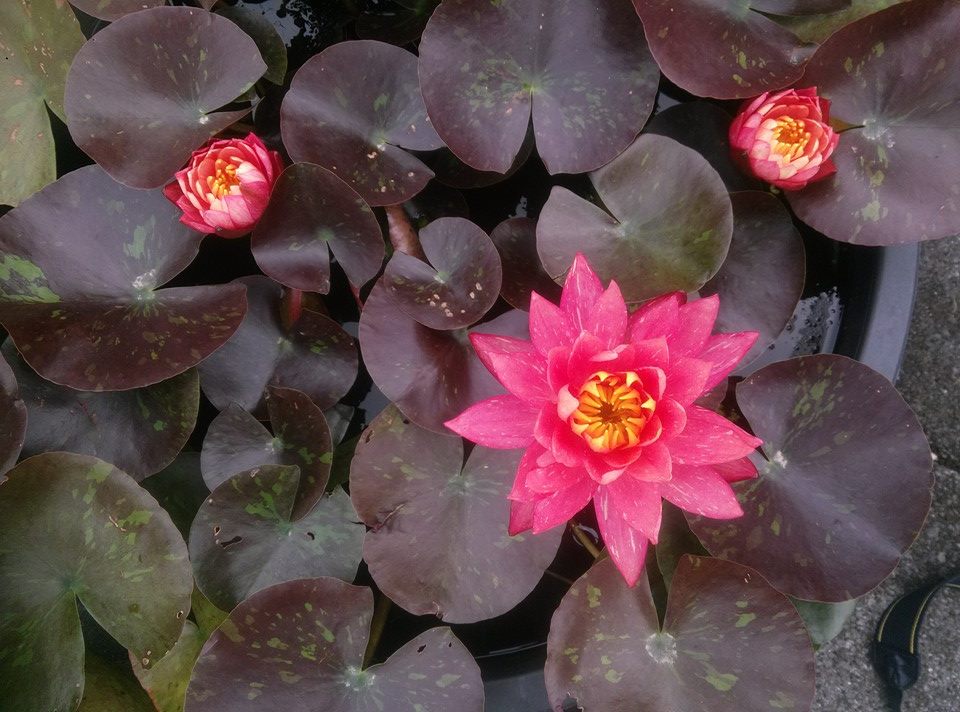 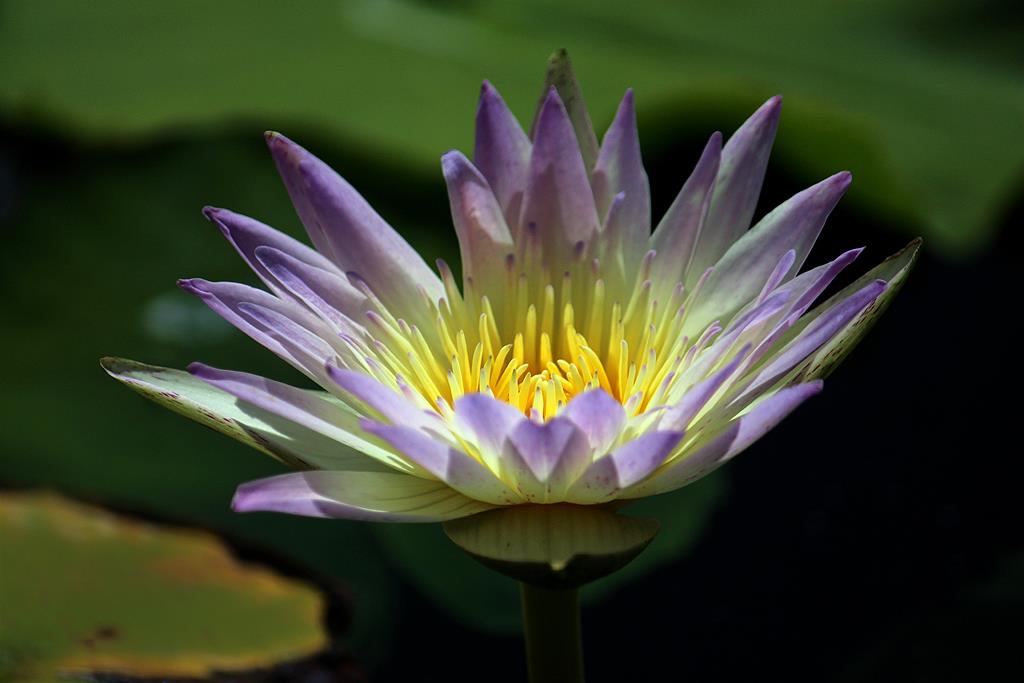 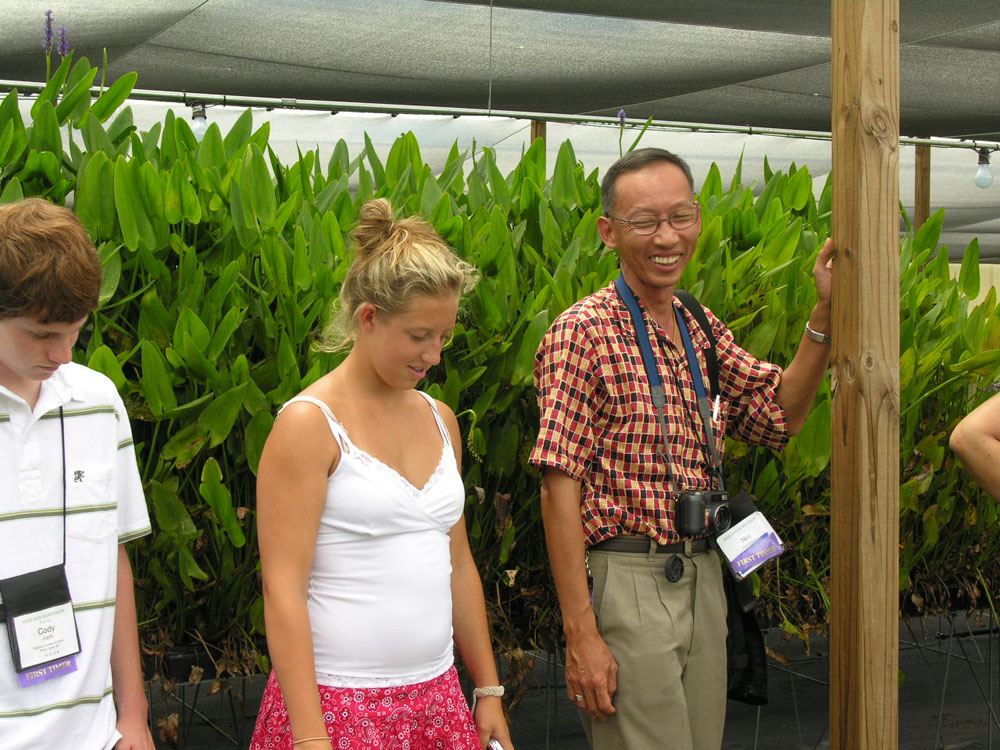 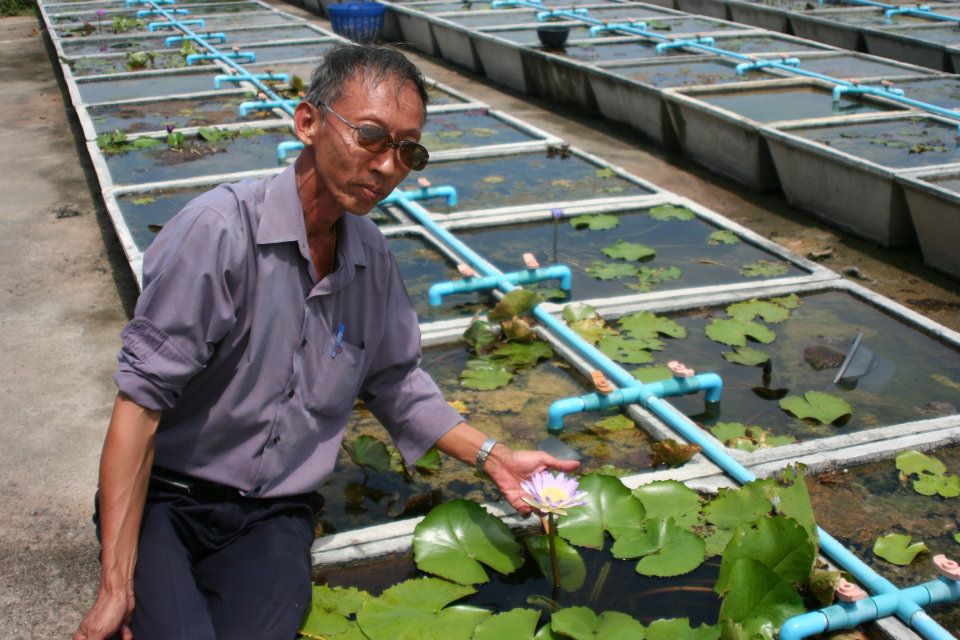