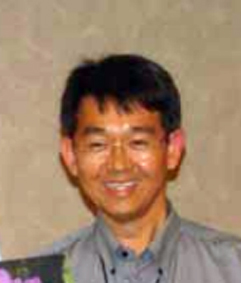 Mr. Pairat Songpanich was inducted to the IWGS Hall of Fame in July at the symposium held in St. Charles, Illinois. He learned how to cross hardy waterlilies in
Thailand under the guidance of Dr. Slearmlarp Wasuwat, an IWGS founding member and member of the IWGS Hall of Fame. Trials were run to perfect how to preserve the seed of hardy waterlilies. Techniques were developed to grow new seedlings in the tropics. Eventually these methods would lead Pairat to the intersubgeneric hybridization between nymphaea and brachyceras. Ultimately the century old goal of creating a hardy blue waterlily was realized in 2007 with the selection Nymphaea ‘Siam Blue Hardy’. This noteworthy achievement surpassed all before him who had attempted to achieve this. 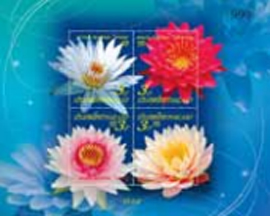 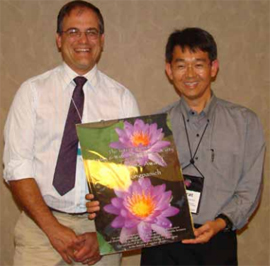