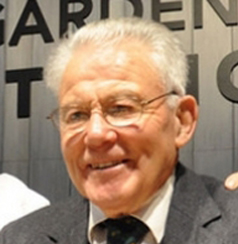 In London during the war, no child worth his salt went anywhere without a wheelbarrow. The ten year old Patrick Nutt was no exception. He hit the jackpot when a large tea house in Golden Hill Park was destroyed. Spying a large bathtub, he spoke to a relief worker who replied “Son if you can lift it you can have it”. From there came his first lily pool and which would unknowingly would shape his destiny.

Pat received his training at Kew where on his very first day, he heard George H. Pring speak. In 1956, Pat applied for a horticultural position at Longwood Gardens. The position offered was a “new one which will start in connection with the construction of a series of Tropical Water Lily pools. George Pring was the consultant with Longwood on the construction of the pools as well as in the technique of propagation, culture, display and breeding.” Pat Nutt marveled “Little did I realize while attending Pring’s Lecture in 1951 that our paths would cross nearly 6 years later and 3,000 miles away at Longwood.” Pring spent 4 months at Longwood working closely with Pat Nutt. And as you know under Pring’s tutelage, Pat was first to make the cross between the two species of Victoria’s creating the “Longwood Hybrid”

For some silly reason all of us here seem to think that water lilies are as significant to ornamental horticulture as say, Roses. Patrick Nutt has proved this, thanks to his efforts at Longwood Gardens, water lilies have pride of place during the summer months at Longwood. 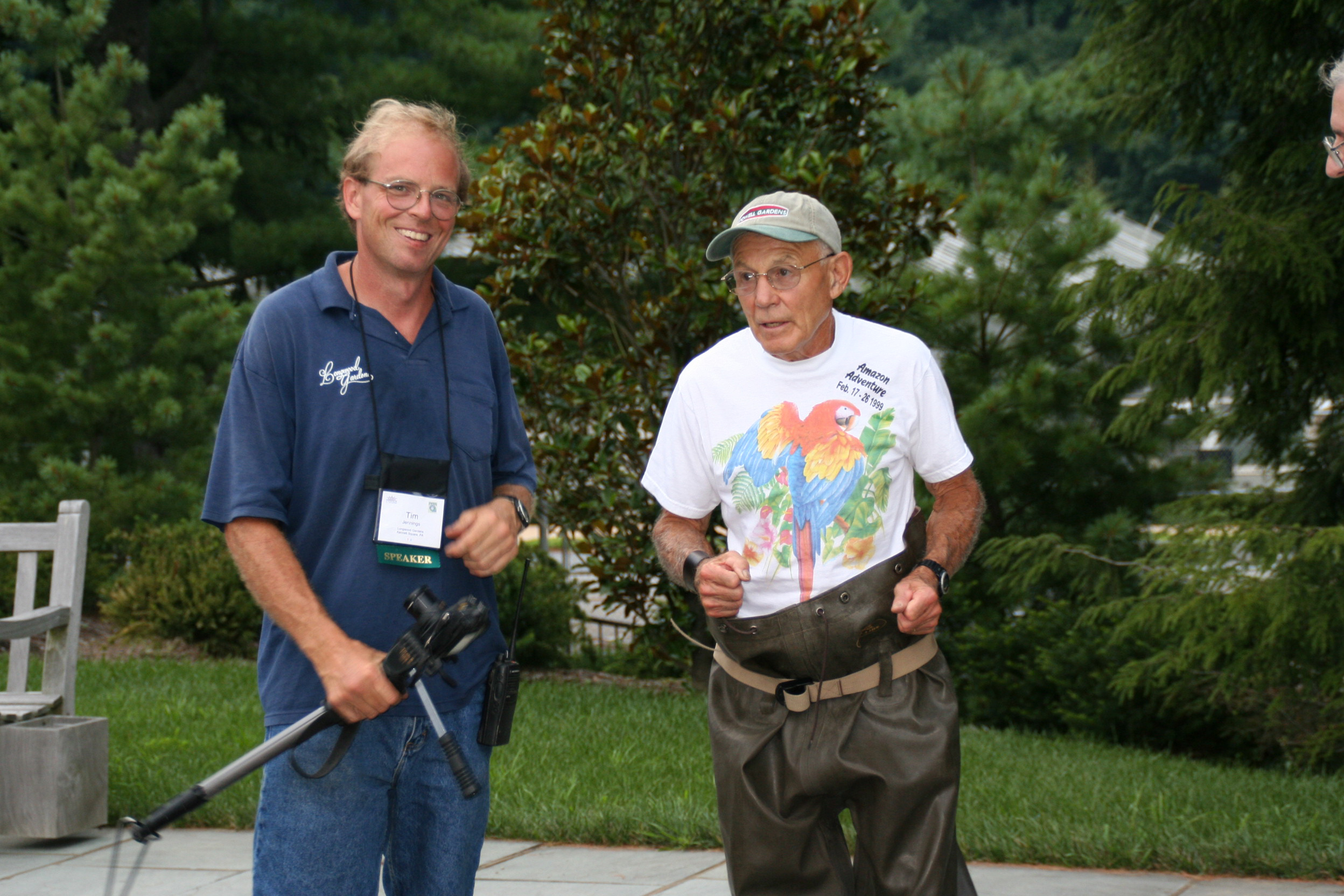 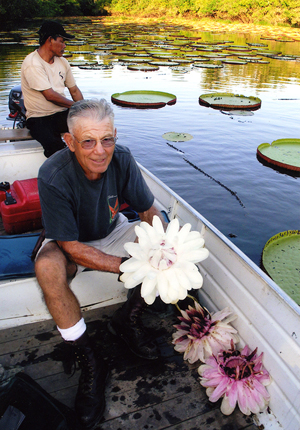 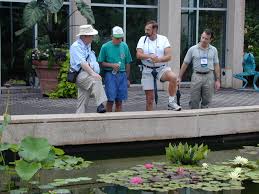 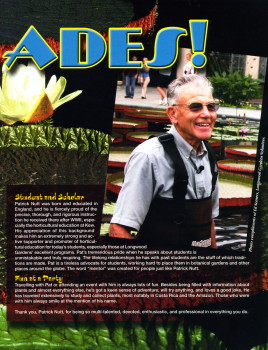 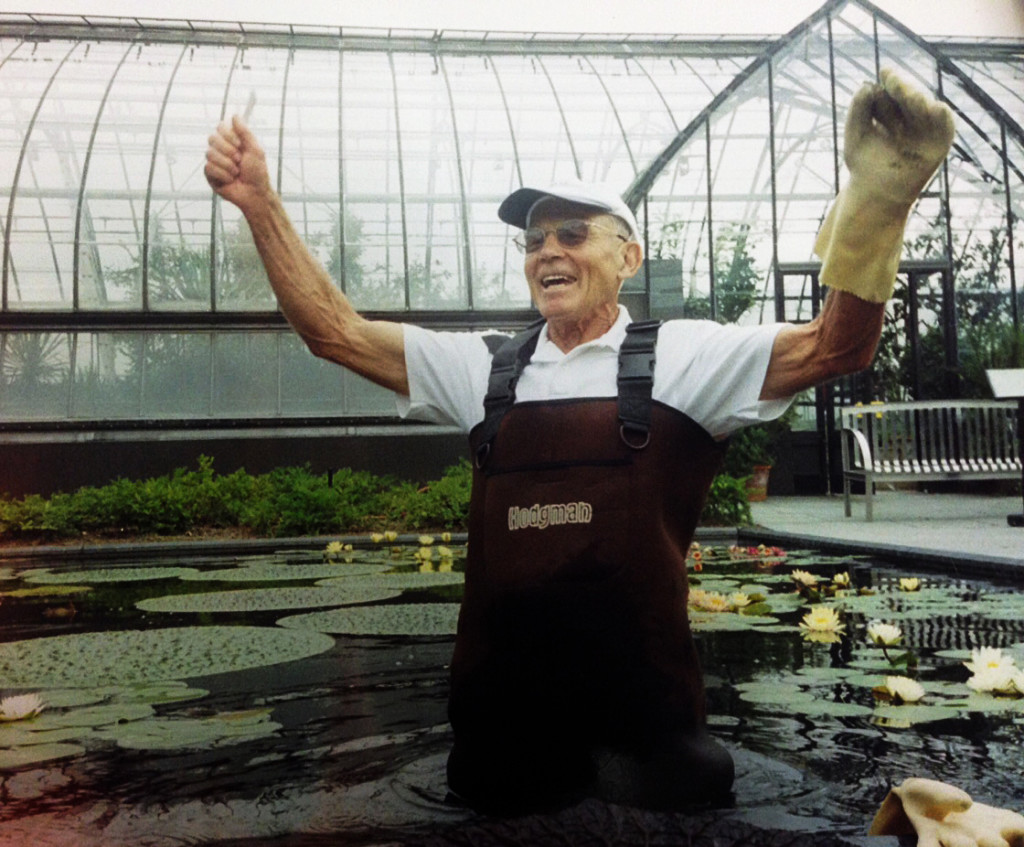 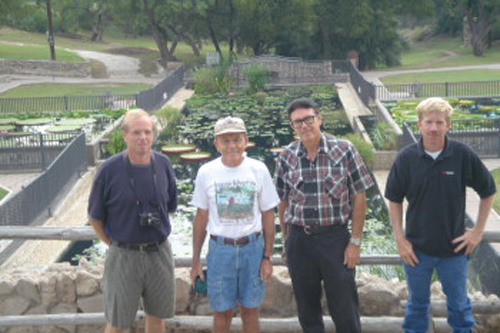 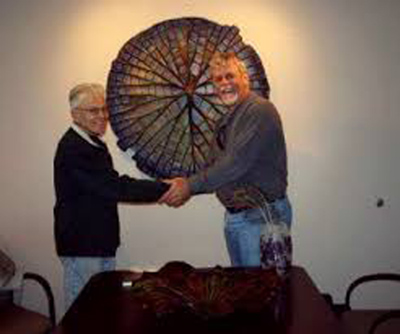 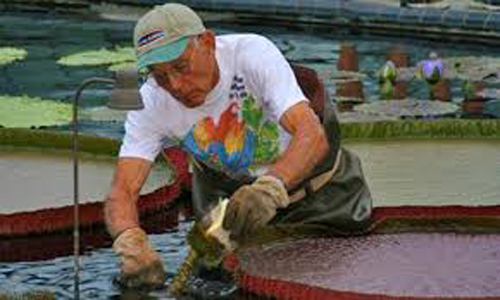