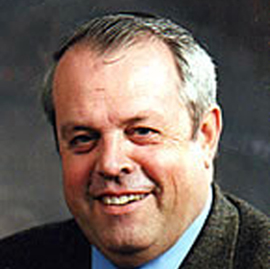 Philip was a student at Cambridge University Botanic Gardens. He worked at Perry’s Hardy Plant Farm at Enfield. Philip was curator of the Northern Horticultural Society Gardens from 1980 to 1988 where he hosted part of the 1988 IWLS Symposium. From 1989 to 1990 he was director of Wycliff Hall Botanic Garden. All of our Hall of Fame members have a special and unique contribution to water gardening, some create new water lilies varieties, some are instrumental in the spread of water gardening through marketing, some are honored for their volunteer work in the society. Philip brings a literary dimension to our society and is our most prolific writer. Since 1989 Philip executed the monumental task of editor of The Water Garden Journal–6 years, 24 issues!

Registration is intended to promote “uniformity, accuracy and fixity” in the naming of agricultural, and horticultural varieties, and is one of the original goals of the IWLS. Among other achievements thanks Philip for your diligent work in this area of our society. 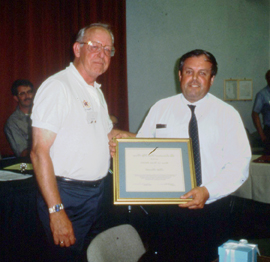 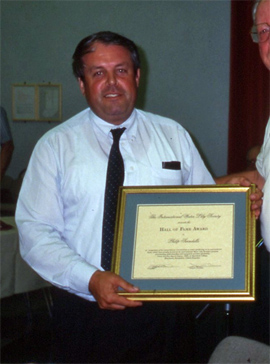