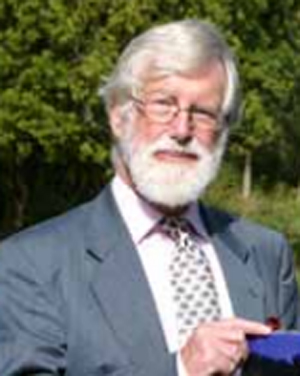 World renown botanist Sir Ghillean Prance was presented with an award by the IWGS in recognition of his  groundbreaking research on the Giant Amazon Waterlily. The presentation was made on Saturday, September 27th by the representative of the IWGS, Norman Bennett, on the grounds of Bennetts Water Gardens in Weymouth, United
Kingdom. Sir Ghillean arrived at the New York Botanical Gardens in 1963 as a postdoctoral research associate. Twenty five years later he departed as Senior Vice President for Science of the New York Botanical Gardens and Founding Director of the Garden’s Institute of Economic Botany. During his 25 years at The New York Botanical Garden, he conducted prodigious plant exploration and research, mentored graduate students and developed new programs. He made extensive field observations and published his findings on many Amazon plants, including Victoria amazonica. In particular the relationship between the night blooming V. amazonica flower and the scarab beetle were discovered.

Sir Ghillean became the Director of Royal Botanical Gardens, Kew in 1988. Under his guidance, he created a new sense of purpose as the world’s leading center for research into plants and their conservation. He also developed an elaborate fund raising system that serves to support and expand Kew. He was knighted in 1995. He was Director of Kew Gardens for the eleven years leading up to his retirement in 1999.

In retirement he is the scientific director of the Eden Project, a recreation of the rainforest and other environments in Cornwall, England. He is constantly traveling, lecturing, and collecting and studying plants even in retirement.
Sir Ghillean has also devoted much time to the relationship between plants and humans. He has lived with at least sixteen different tribes in the Amazon to study this relationship.
A book on his life experiences is entitled A Passion for Plants: From the Rainforests of Brazil to Kew Gardens. It was written in 1995 by Clive Langmead. Sir Ghillean is the author of 19 books and editor of a further 14 books.
He has published over 400 papers of both scientific and general interest. 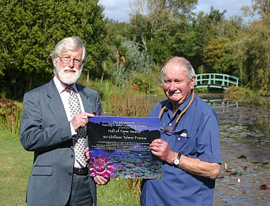