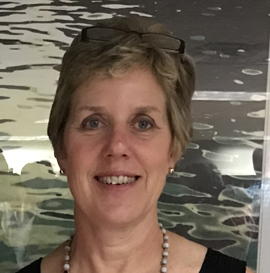 Longtime IWGS member Tish Folsom was inducted into the IWGS Hall of Fame at the 2018 San Angelo, Texas Symposium in recognition of her many years of service to the International Waterlily & Water Garden­ing Society.

The IWGS Hall of Fame award is presented to those who have made significant contributions to the field of water gardening, aquatic plants and the furtherance of the Societies purposes.

Rolf Nelson, a 2010 inductee into the IWGS Hall of Fame, said of Tish “It takes a special person to con­stantly give of themselves to an organization to en­sure its success. For the IWGS, that special person is Tish Folsom. She has consistently shared her passion for water gardening both in her business (Springdale Water Gardens in Greenville, VA) and more signifi­cantly for us, the IWGS. Since 2002, when Tish joined the board as Treasurer, she has also served as Vice President, President, Executive Director, and in her current role as Accountant. Tish understands the goals of the waterlily society intimately and freely shares her knowledge and talents with all board members, committees and Symposium Chairs. She is affection­ately known as ‘The Glue’ to all those working with her, and whenever there is any question that needs an answer, their collective mantra is ‘Ask Tish.’ ”

Tish and her husband Keith are members of an ex­clusive club within the IWGS—members who have donated their time, treasure, and talents in hosting a Symposium (the wonderful 2008 IWGS Symposium held in Richmond, VA). I had the extreme pleasure of working with Tish during the 2010 and 2018 San An­gelo Symposiums. Her firsthand experience and years of assisting other symposium chairs gave invaluable insights on how to handle a successful Symposium. Her value to the success of the Society is incalculable.

Former IWGS president Jim Purcell commented that, “Tish has been a crucial unifying force in our society for the last two decades. She has actively served the society in one position or another through good times and lean times, through administrations of varying levels of Board activity. Tish has been the primary member responsible for handling and accounting for the societies finances. She has assisted the organizers of each Symposium, and even hosted one in Virginia. We tend to honor the hybridizers of the waterlily world, who are seen as the rock stars. But this society would not still exist if not for people like Tish, and probably if not for Tish herself—it is time we acknowledged an unsung rock star.” 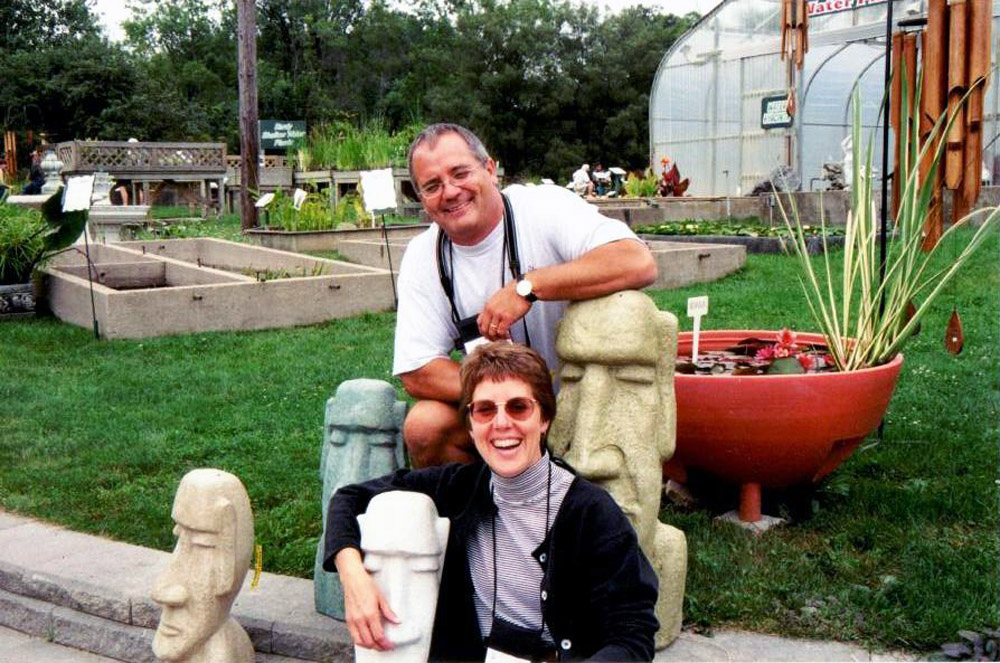 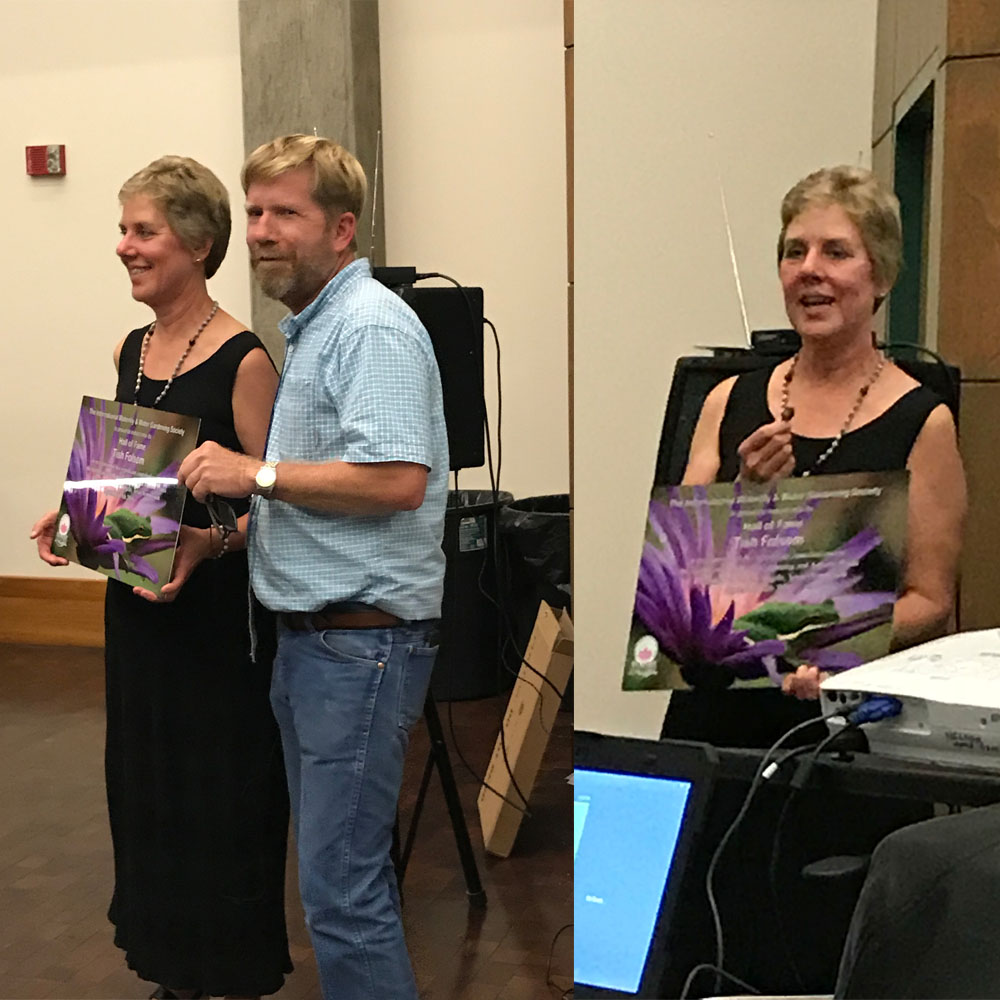 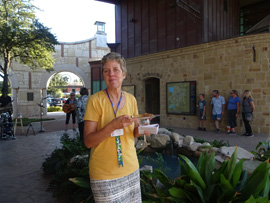