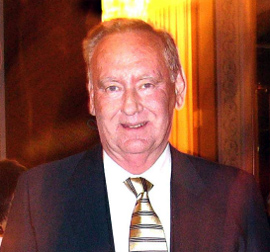 Achieving Lofty Goals
William Phillips was born in rural Mississippi USA in 1939. He became interested in plants when very young and at age 15 constructed his first pond,  complete with lotus, waterlilies, and fish. As a result of his inquisitive nature and insatiable desire to learn, William went on to medical school after college.
After only one semester, William was hospitalized with viral myocarditis. When doctors said he wouldn’t live longer than two years, the college wouldn’t let him continue. William contacted another medical school. He was admitted and later graduated at age 24. After more graduate work, Dr. Phillips became assistant director at the Memphis Health Department. There he developed a protocol for treating typhoid carriers and designed a research project that helped promote the nurse practitioner concept.

In 1974 William retired from medicine because of increased heart problems. Tropical plants have been the recipients of his focused attention ever since. To say the heart transplant he had in 1996 gave him a new perspective on life is only partially true. It also reinforced his existing determination and perseverance to learn everything he could about waterlilies. Instead of thinking about disabilities, William learned how to harness new tools for his  explorations, the most fascinating of which was the computer. The contacts and knowledge provided by the Internet opened new horizons. It was through these connections that he met waterlily collectors and enthusiasts from around the world. Soon he was exchanging seeds. His extraordinary patience enabled him to grow the finicky waterlilies from Australia. That led to his help with saving N. ‘Andre Leu’ and re-establishing it in the Australian wild. Soon he had an affinity for the giganteas and he still experiments to better understand their growing conditions, to teach others how to grow them, and to make them available to a wider audience. He regularly supplies Australian waterlilies to several botanical gardens. For decades William has been extremely  generous and sponsored the studies of numerous students, instilling in many a love of plants and aquatics. He has tirelessly helped them with career  planning, whether it involv ed aquatics, medicine, or anything in between. As a result of his efforts, he has broadened the horizons of many others. 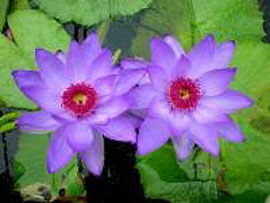 Accomplishing the Impossible
Long ago William learned he shouldn’t take no for an answer and should try things that others rule out. This philosophy resulted in an historic outcome – a cross between two Nymphaea subgenera. For 150 years countless hybridizers failed in this quest, thought to be impossible. That didn’t deter William; the challenge was perfect for his analytical mind and exceptional patience. He succeeded where others failed. The cross of the two subgenera waterlilies was confirmed by DNA. It was reported on by William and Dr. Don Les in the April 2004 issue of HortScience. (See article on page 5.) William has patience and perseverance for all that he does, including growing and hybridizing waterlilies. While many people think what cannot be, William constantly focuses on what can be. That is the perfect complement to his scientific and analytical approach to things, even if it uses unorthodox methods. As a result we now have both William Phillips, the man, and ‘William Phillips’, the intersubgeneric waterlily.